Welcome to the Solana Buildooors Blog.

We help Web3 Buildooors build & execute their projects on Solana ! Could Phantom Become Better than Metamask?

You’ve probably heard of Phantom Wallet if you’ve been following the Solana Ecosystem over the past few weeks. They are currently in beta and releasing soon with a very exciting product with many features that are comparable, if not better than Metamask. However, in the world of Solana we don’t brag about future promises, we ship code! And Phantom have been doing a lot of that recently.

What is Phantom Wallet?

Phantom is a wallet and browser extension that can be used to manage digital assets and access decentralised applications on the Solana blockchain. It works by creating and managing private keys on behalf of its users, allowing them to store funds and sign transactions.

The browser extension also works by injecting a solana object into the javascript context for every web app that is visited by the user. Once given permission, the web app can then interact with the wallet such as performing transactions. The extension puts a small Phantom icon at the top right of the browser

How to use Phantom Wallet with Eduardo Lima

Great video screen share tutorial with Eduardo, as he transfers some $SOL & $USDC from FTX to his Phantom Wallet! As you can see the Phantom GUI is super easy to use and aims to be the best wallet and browser extension for interacting with the Solana Blockchain.

So now that you know how Phantom works and what it’s for, let’s find out how it compares to the competition.

How Do I Install Phantom Browser Extension on my Desktop or Laptop?

You will need to get a Beta CODE. If you subscribe to the Phantom Twitter they send out codes there quite regularly.

What is Meta Mask?

Metamask is an Ethereum blockchain only browser wallet and extension. Watching the video below you can see how important these tools actually are. Metamask is the key to access the new Web 3.0 world of decentralised applications. It allows the billions of potential users of the world to access the new Web3 dapps safely and securely. These next generation applications give control back to the users of their data and help remove unnecessary middlemen who skim huge profit percentages which could be given to the people who actually create the value. In short, the people have the power rather than the intermediary platform and wallets connected through browser extensions talking to decentralised applications enable that.

The wallet and browser extension helps integration your personal wallet that contains digital assets (ie: money) and also your proof of ownership (identity) so that you don’t need to remember 500 passwords and logins. You can just use one account and password to interact with the applications of the future.

Phantom is still in Beta so it is super early days, but they have huge potential !

When comparing socials it is quite surprising to see Phantom followers already at 10% of Metamask followers for such a new product that is still in Beta. It looks possible to catch up! Let’s see what happens when they fully launch!

Phantom is already fighting at the same level of Metamask in terms of features. Judging by their hints on Twitter, it looks like they will have more features than Metamask soon!

What Features are Likely to Come Soon to Phantom?

Will Phantom they support Ethereum?

On the face of it, this feature is already supported by Metamask and the whole Solana ecosystem via Serum can do it now. Phantom Twitter has also produced a mock-up of what this would look like on it’s browser extension, expect it to be coming in the full product launch!

How does this compare to Metamask swaps?

Over on Metamask you can certainly do swaps already, I wonder how much the gas fees and confirmation times take? If Phantom rolled this feature out, would it be better? Would it be faster and cheaper?

One killer feature I don’t see over at Metamask is the ability to view your NFT purchases internally via the browser extension. This would be amazing to see released!

At this stage there is no open source Phantom Github reposity. It is only in Beta so let’s see how they go in the future if they decide to open source it.

Metamask has been up & running for years and has a very healthy repo with 9 people from the team running it and 141 repositories. The Metamask Extension repo has 12,070 commits from 220 contributors with the latest commit occurring in the last 24 hours. It is 92.8% built in JavaScript.

A Quick Note on Cybersecurity

According to wallets.com, a potential attack vector for browser wallets is via phishing attack. “It is a scam used by hackers to steal vital information like passwords and usernames. Avoid it by not responding to pop-up ads, open phony emails and click on suspicious links. Preferably, log in only from the official website of the wallet.”

Phantom is only in Beta stages and has no public metrics on user growth at this time.

The Metamask usage is publicly available thanks to a report by BeInCrypto, that found that Metamask usage crossed 1 million users in October 2020. Then on the 27th April 2021, a ConsenSys report (they made Metamask so these numbers may be potentially biased) found that usage increased by 5x in the past 6 months.

Roughly six months later, it has seen meteoric growth, with active monthly users now topping five million. The report added that a large number are using the wallet’s built-in token swap function which has seen over $2 billion in accumulated transaction volume over the past six months.

The Potential for Phantom to Grow Bigger and Better

As you can see the market potential for Phantom is abSOLutely huge! Every bull run see more and more people get involved with crypto, and they all need simple intuitive apps to help them navigate and use the new dapps and DeFi products. Phantom is going to be out of Beta with some killer new functionality such as swaps, NFT’s & multichain support! Looking forward to seeing Solana being the rails and Phantom being the interface with billions of users!

How to Track Your Solana DeFi Bags 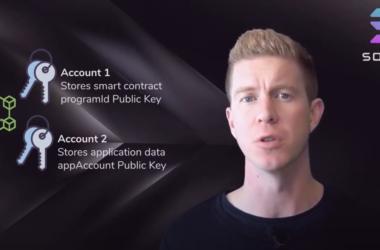 Yesterday we launched our first Solana Development Training Course over at Solhack.com! We have had 20 people enrol…
buildooors
Read More 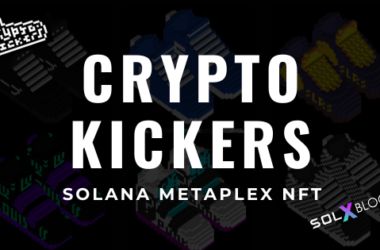 The Rise of Cryptokickers NFT’s

At the end of March 2021, the @CryptoKickers word started spreading on Twitter about CryptoKickers NFT’s. It has…
buildooors
Read More 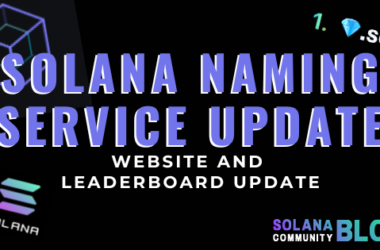 We have been following Solana Naming Service (.SOL Domains) for a while now – pretty much 1 year…
buildooors
Read More